The Prep Dig team has been busy this March, launching two new states in a matter of weeks: Prep Dig Indiana and Prep Dig Texas.

Prep Dig Indiana, officially launched on March 13, is led by Senior Contributor Kyp Harasymowycz.  He joins the crew with extensive knowledge of players throughout the midwest, acquired through years as a coach and more recently, as an official. 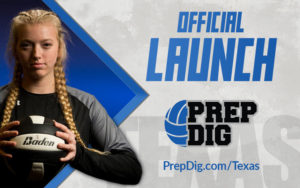 Prep Dig Texas hit the web on March 30 and is led by Senior Contributor Michael DeLeon. DeLeon has been involved in the Texas volleyball scene on the club side, directing programs in Houston as well as San Antonio. His contributions filled the page for launch but he’s surrounded by a deep team of contributors from throughout the state.

“We are excited to be adding both Indiana and Texas to the Prep Dig family this month and in the process a number of fantastic volleyball minds,” Prep Network CEO Jake Phillips said. “Both Kyp and Mike have showcased their volleyball knowledge and professionalism from the first conversation.”

These additions bring the total states in the network to 10 and, according to Phillips, they’re not slowing down.

“Our team focused on Prep Dig growth during Q1 and its fun to see the effort come to fruition with these launches. Stay tuned for more growth in the not too distant future,” he said.